The Rife Machine explained in simple terms:
It is not such a mysterious devise as some may think. The machine itself is designed to generate low and safe wavelengths between 0 and 100,000 Hz. Waves are present everywhere around us. Sound waves are detected (scanned) by our ears when we distinguish different sounds because of different wavelengths. We similarly observe different colours because of the difference in the wavelength of waves that reaches our eyes which is the scanning device in this instance.

In laboratories, the use of waves to identify different substances has developed to such a degree of sophistication that they can determine if money in your pocket was in contact with narcotics before! In the medical field, some common and highly effective technologies such as X-rays, sonar and radiation are saves lives every day. In our houses we have televisions, radios, microwave machines and cell phones which all use waves.

Selection criteria of your Rife machine:
When, assuming that they all work the same, I suppose considering price and size and how pretty it looks may be important considerations. Typical suppliers of such devises would have a whole variety available all at different prices and sizes. At Art of Health our main consideration is the efficiency of the product. Our carefully selected supplier has over 19 years of experience in the manufacture and development of the technology and is proudly South African. Our current Rife machine- the Plexus 560A is the 5th generation development of the technology. Its efficacy, quality and reputation has resulted in more than 50% of all historic Rife resonators sold in the country with all other local manufacturing and parallel importers sharing the balance. This is basically, as a result of three factors:

Wavelength accuracy:
If you have to kill a potentially cancer-causing pathogen which resonate in your body at a wavelength of 707,3Hz (just an example) then there is no purpose trying to kill it with a Rife resonator that generate the wave at 707,5Hz. Our manufacturing unit is the only known manufacturer of the Rife machine that has its own in-house testing equipment to make sure every machine delivers pinpoint accurate waves. The only other similar testing equipment is available from the CSIR.

Our Rife machine has been selected by one of the world’s most prestigious universities and research institutions: Massachusetts Institute of Technology (MIT) where two machines have been involved in the research to fight galloping cancer. It was selected specifically, as a result of the accuracy of its wave generation.

The even larger danger of a machine that is not properly calibrated, is that it could attack your “friendly” pathogens which play a very important role. An inexpensive Rife, may therefore have negative value to you even if it cost R2000 less!

Block waves:
The secret of the effective Rife wave generator lies in the block or square shape of the wave generated. If this was not the case the simple act of listening to a radio or generating waves with a cell phone could have achieved similar results.

The perfect and straight square shape is what result in the perfect and efficient attack on the pathogen with optimum result. It is further important that the square shape can be sustained over the complete spectrum from near 0Hz up to 100,000Hz. This is the real technology involved and the reason why some Rife machines work and others resulted in scepticism… Many machines considered revealed tailing and leaning of the waves especially at the higher wave spectrum.

Technical and commercial backup:
With our Rife resonator being manufactured in South Africa we manage to offer superior quality technical backup, compared to any imported product. These imported products are often at double the price and technical problems is most likely to result in extended periods to try and have it repaired. Our extensive and superior application and programming database also comes in handy when you need our service. We will always return your call!

Sign up NOW for our FREE Masterclass: How to STOP Screen Addiction. 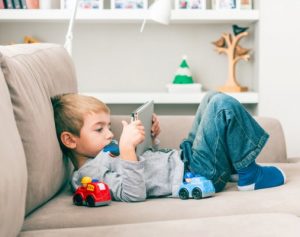 After completing this FREE masterclass, you will be able to: